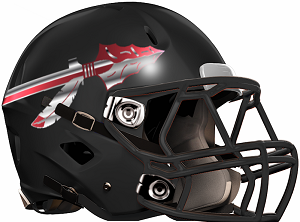 The Cherokee / Sequoyah rivalry dates back to 1990. The 2019 meeting was a defensive battle resulting in a 14-0 for the Cherokee Warriors. The Warriors and the Chiefs traded punts to open the game. Sequoyah was able to take their second possession down the the 6 yard line before being sacked on 3rd down and missing a 41 yard FG on 4th down. The Warriors put together a 12 play drive, but penalties led to a punt. The Warrior D came up big forcing the Chiefs to once again punt it away. The Warriors then put together a 9 play drive that resulted in a TD pass from Sophomore QB AJ Swann to Senior WR Devin Ellison. The Warriors would take the 7-0 lead into half time. The defensive battle intensified in the 3rd quarter as neither offense could get rolling. Cherokee began the 4th quarter with a tipped ball being intercepted by Sequoyah. The Cherokee D would not let the Chiefs get going as they picked off the Sequoyah QB the very next play giving the ball right back to the Warrior O. Unfortunately the Warriors went three and out on the next possession. On the next Sequoyah possession the Warriors D proved too much again as Senior Safety Patrick Dahlen came up with another interception. This time the Warrior O would find the end zone capping of a 6 play drive with a great 24 yard TD run by Sophomore RB Keith Adams. The Warriors held on to the 14-0 lead for the remaining 4:30. The Warrior victory moves them 2-0, while the Sequoyah Chiefs move to 0-1 on the season.